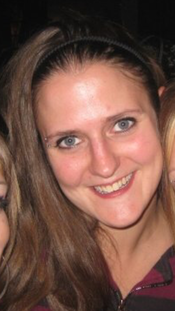 Journey: At Heal the Hat in the fall of 2014 a gentleman stopped by the BodyTalk booth I was working and asked about BodyTalk. After me giving him the low-down, he asked if I was interested in a trade. Quick to say "Yes", I did follow up with the question, "what you got?" When he told me a sensory deprivation tank, I didn’t even bat an eye and we exchanged information. Even though I had never heard of sensory deprivation at that point I was definitely open to try any and all things at the natural healing fair. It was only a week or two later that we had set up a day to trade. The morning of my appointment, my mom asked me what I was going to do. When I replied going for a float she thought I was crazy and even at 32 years old she told me "No", which created some doubt in me. I went to his house anyway still questioning my decision. After my shower I went down to the basement where his tank was located. I climbed into the tank and as I was closing the door on top of me I said aloud "Am I really doing this?". Boy, am I glad I did! As I came back to reality 1.5 hours later, had my cleansing shower, and ventured upstairs, I was overcome with euphoria. I couldn't believe or understand how good I felt. At this point I was about 3.5 months pregnant and had been having a sciatic issue. The chiropractor helped, but I had to go every week without fail. In the tank I felt the pain in the sciatic, it got stronger until it seems I fell asleep. But when I awoke the pain was gone. One float solved my sciatic issues for a solid 4 months.  I solved the rest with BodyTalk but the lack of pain wasn’t even on my mind. I felt AMAZING! This feeling lasted a while, and so did my incessant float chatter, telling everyone that would listen for ½ a minute just how wonderful floating is. It’s then that my desire and search for a tank began.

Growth: Being pregnant with my third child, and still having 2 small children at home, I definitely wasn’t looking for a business; I was looking for a tank. I wanted to have access to floating and wanted my family to have access to it as well. I started doing research on tanks, tank styles, and cost. At this point I realized that a business would have to be born in order to obtain a tank. I started looking for a location, but nothing felt right until early 2016, when I came into Nirvana 101. I looked around the space, quizzing Jo about the possibility, but there was no space. The idea of the tanks would not leave my mind, then a month or so later I stopped back in at Nirvana 101. Suddenly, Jo was talking about how she was expanding into the undeveloped back of the building, and it was back there we found my space. Over the summer I did some travelling, floated in as many places as I could as, at the time, there was no float centres in the southern half of southern Alberta, and the only place I had floated was in someone's basement. I attended a conference in Portland (floatcon), the hub of floating, and was then on my way to making my dream a reality.  As I was the first in Medicine Hat to open a float centre, there was some red tape to clear before we could even start construction. It was a long, tedious process, and there were some hiccups along the way, but it has all been worth it.

Service: My passion is to open people’s eyes to the wonderful world of floating, and help them to see the amazing benefits of it on all levels; physical, emotional, spiritual and mentally. Once you are in the tank, the float does the rest…. I invite you to the most incredible experience: a journey of floating in to your best self!